In collaboration with the New York based StrawberryFrog advertising and marketing agency, Scion has launched a new website called “Scion Speak” that lets users design custom coat of arms that can be then downloaded and turned into a window decal or even have them professionally painted onto their cars. Users can choose among hundreds of professionally designed symbols ranging from a yin-yang circle to a not-so politically correct, middle finger… 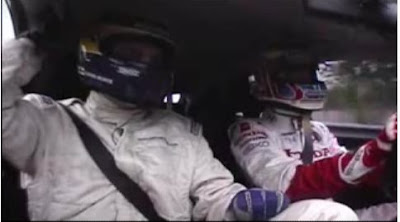 Honda has released an official video with its F1 pilot Jenson Button lapping the Nurburgring Nordschleife for the first time in his life with a 200 Hp Civic Type R. To be precise, the Japanese maker has published two videos, with the first containing the talk, and the second, the lap around the famous race track. –Videos after the jump

New York Show Déjà vu: Remind You of Something?

The term déjà vu is French and it literally means, “Already seen”. As with most auto shows, we got that overwhelming sense of familiarity with some of the vehicles that made their debut at ’s Javits Convention Center too. Leaving aside the 2009 Acura TSX and the Pontiac G8 Sport Truck that are re-grilled versions of the 2009 Euro Honda Accord and Holden Ute respectively, we found several cars that reminded us of other vehicles in one way or another.

Just to set things straight, we’re not saying that these vehicles are the product of cloning, but they do share a number of common design elements with other cars. Sometimes, this is more obvious like for example the front-end of the Kia KOUP Concept with that of the Euro Honda Civic Type-R, other times, less apparent, like the overall shape of the Hyundai Genesis Coupe compared to that of the Infinit G37 Coupe. –Check out our comparisons right after the jump