The forthcoming 2010 Mercedes-Benz E-Class Coupe has been spotted at Amsterdam's Schiphol airport in the Netherlands by readers of our Dutch friends over at Autogespot. The barely camouflaged model reveals the new E-Class Coupe's heavily shouldered rear wheel arches as well as the more dramatic styling of the three-part side windows and the sleeker roofline. Though not clearly visible in these photos, the CLK's successor also adopts the Paris Show ConceptFascination's diamond-shaped, quad-headlamp arrangement and the angular, businesslike nose featuring Merc's three-pointed star in the middle.

Overall, the E-Class Coupe's styling appears more seductive than the 2010 E-Class sedan, pictures of which were leaked into the internet a few weeks ago -click here. Merc's rival to the BMW 3-Series and Audi A5 coupes will most likely be offered with the same powertrain options as the saloon version, ranging from a ranging from an entry-level, 1.8-liter 4-cylinder turbocharged petrol right up to a 6.2-litre V8 engine in the range-topping AMG version. Mercedes will also offer an array of diesel engine options on the new E-Class coupe.

It is expected that the new E-Class Coupe will make its official debut along with its sedan sibling at the upcoming Geneva Motor Show in March, 2009, with sales following in the second half of the year and in some markets, in early 2010. 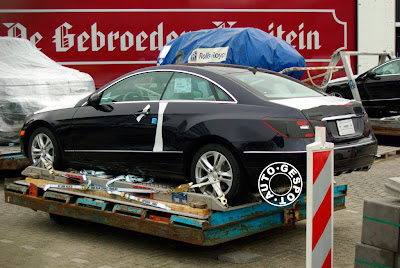 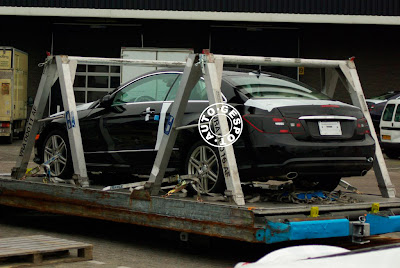 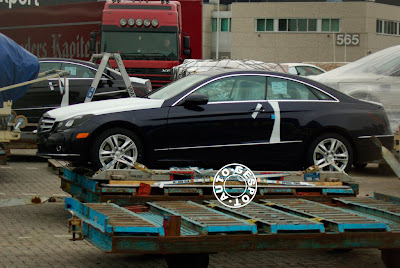