Auto Cars 2011's spies have caught the sleeker and lower-riding 2010 Porsche Cayenne testing near the Nurburgring race track in Germany. The new batch of spy photographs include the first shots of the second generation Cayenne's cabin which is apparently inspired from the Panamera. Just like Porsche's new sports saloon, the center stack of the dashboard is dominated by a large touch-screen and the smaller climate controls. On the elevated lower console are the suspension-adjustment controls as well as many other buttons.

Compared to the original Cayenne, the new model appears sleeker thanks to the lowered roofline, the smaller rear window and the steeper angle of the rear tailgate. Furthermore, the prototype model seen here features a lower front design giving the Cayenne a more aggressive stance as Porsche is evidently trying to make its soft-off-roader less of an SUV and more of a sports car.

The new Cayenne will share the same platform with the Panamera sports sedan meaning that it will be offered with an identical line-up that will include V6 and V8 direct injection gasoline units ranging in power from 300 to 500 HP for the more powerful turbocharged engines. There will also be a hyrbid variant as well as a diesel model.

As with the Panamera, the second-generation Cayenne will benefit from Porsche's new seven-speed PDK double-clutch gearbox. The new luxury SUV is expected to make its market debut in early 2010. 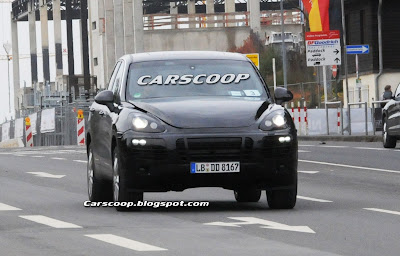 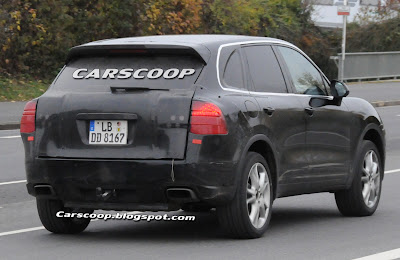 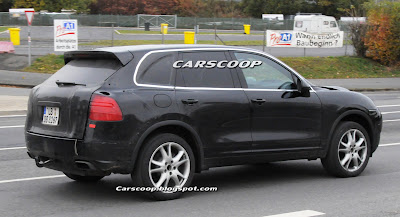 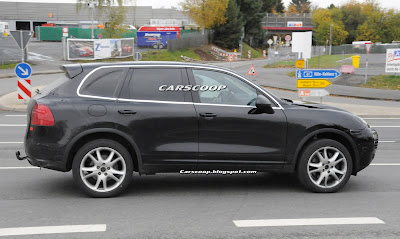 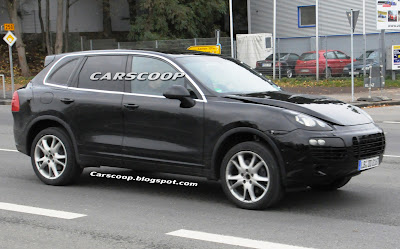 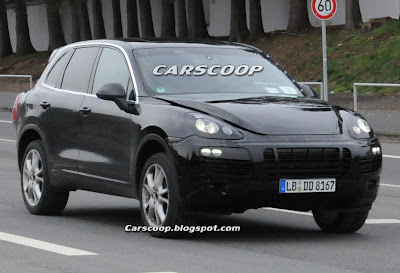 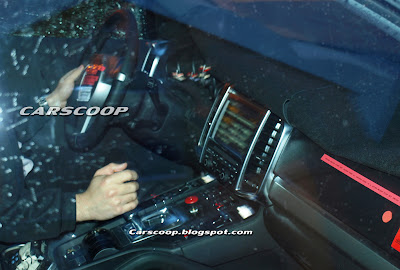