Global Car Sales to Drop 7.7% to 60 Million Units in 2009, according to Hyundai Chairman 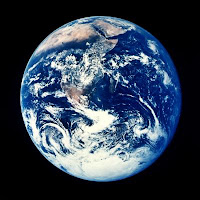 South Korea's largest automaker, Hyundai, expects that the worldwide financial crisis will continue to have a negative effect on global auto sales throughout 2009. Today, the firm's Vice Chairman Choi Jae Kook told Hyundai's employees that the company expects global sales to drop at least 7,7 percent to 60 million units in 2009 from around 65 million in 2008. "Next year will be a critical time for all automakers as there could be a big industry wide shake-up amid slowing sales and overcapacity", Choi said, according to Hyundai spokesman Ki Jin Ho.

"Even Toyota is predicting an operating loss, which was unthinkable before," Choi said in his speech to the company's employees.

As for Hyundai and its Kia affiliate, the company adjusted its forecast for 2008 sales this month from 4.8 million to 4.2 million. Currently, the two automakers have a combined production capacity of around 5.3 million vehicles annually.