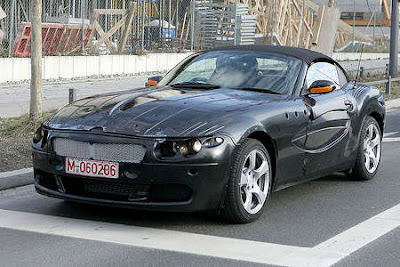 These photos of a camouflaged BMW roadster have sparked quite a debate on the spy-community as to whether the model we’re seeing here is the next generation Z4 or a totally new roadster dubbed, by most, as the Z9 -though it could be called Z6. If it’s the later then we have a future successor to the retro-styled BMW Z8 and a possible competitor to the Mercedes SL.

Both sides have strong talking points even though the camouflaged roadster that we’re seeing is obviously larger than the Z4. See, according to earlier reports, the next-generation Z4 would be doing a bit of growing up so as to make room for an entry-level roadster dubbed Z2 which will be based on the 1 Series hatch. So that would very well justify its larger dimensions.

Then again notice the side window covers. Could that mean that the cloth roof featured on the spy car is actually hiding an electric folding hard-top underneath? Well, obviously we can’t say for sure, but if it does, then we’re probably talking about the Z9 as I highly doubt that the next gen Z4 will be fitted with an electric hard-top. Via: Automotorundsport 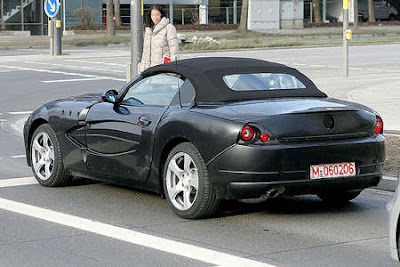 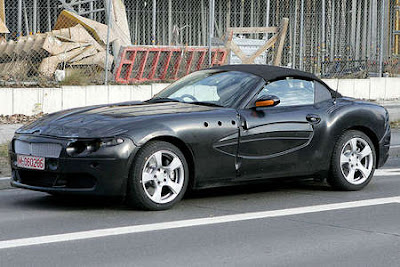