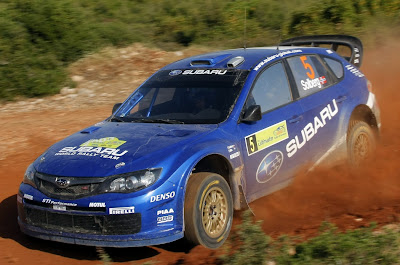 It's a sad day for rally fans like ourselves today as Subaru has announced its decision to withdraw from the World Rally Championship at the end of the year because of the financial crisis. "This sudden decision was made in response to the widespread economic downturn that is affecting the entire automotive industry," Subaru said in a statement. The announcement comes only a day after Suzuki said that it won't compete in the 2009 WRC for the same exact reasons.


The Prodrive-run Subaru team was one of the biggest players in the WRC the past two decades during which it won six World Rally Championship titles. Commenting on Subaru's decision, Prodrive chairman, David Richards, said: "Subaru's departure from the World Rally Championship is a great loss as it is one of the sport's icons. The Subaru World Rally Team has created true champions such as Colin McRae and Richard Burns and its absence will be felt by many the world over. Although this decision closes a significant chapter in Prodrive's history, our focus now turns to the future."