GM May Reduce Pontiac Line-Up to Just One Model - Which One Should it be? 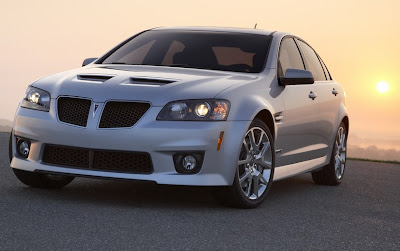 When it comes to survival, then nothing's absurd. In order for General Motors to stay afloat in these tough economic times, the U.S. automaker has to revaluate its entire strategy and make decisions that were unthinkable up until now - including the shrinkage of Pontiac which currently sells six-model (G8, G6, G5, Solstice, Vibe, and Torrent). "It might be just one model," Mark LaNeve, GM's North American sales chief, said in an interview. The firm that was supposed to build exciting cars has seen drop in sales every year since 1999. In the first 11 months of 2008, sales of the Pontiac brand are down 23 percent from a year earlier to 250,902 units.


"The one remaining Pontiac model would be sold alongside Buicks and GMCs, on a scale similar to its Corvette available in Chevrolet showrooms", LaNeve told Bloomberg. The question is, if GM decided to keep the Pontiac nameplate alive and not can the brand entirely, which car should remain?

According to John Wolkonowicz, an analyst from IHS Global Insight in Lexington, Massachusetts, that model will most likely be the Holden Commodore based G8 sedan which was introduced this year in the U.S. market.

But honestly now, is there a point of GM holding onto the Pontiac brand with a one-model range when it is facing such serious problems that threaten the company's existence?

If the General believes -for whatever reasons- that it needs the G8, why not just sell it under the Chevy nameplate? Yes, once upon a time Pontiac made cars that stood out from the competition and filled GM's pockets with money, but times change and if you can't support a brand with its own unique line-up then we find no reason to keep it alive for sentimental's sake.