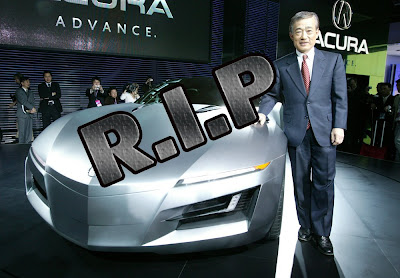 To the bitter disappointment of sports car fans, the latest victim of the global economic recession is the next-generation Honda / Acura NSX supercar which has been canned. The announcement was made today by Honda CEO Takeo Fukui at his end-of-year speech. "The development of the NSX successor model equipped with V10 engine will be cancelled," said Takeo Fukui. The much anticipated NSX supercar that was previewed in concept form through the Acura Advance Sports Car Concept at the 2007 Detroit Auto Show was nearing its final stages of development. If it were to have been produced, the V10 supercar would have been the Japanese firm's most powerful production model ever according to company sources.


Aside from the cancellation of the NSX successor, the financial crisis that has hit the automobile industry has also forced Honda to withdraw from all Formula One activities, making 2008 the last season of participation for the Japanese company.

Though not as near as significant, Takeo Fukui revealed that Honda has also abandoned its prior plan to introduce the Acura brand in the Japanese market around 2010. On the bright side, Fukui confirmed once again that Honda's all-new sporty hybrid vehicle based on the CR-Z will go on sale by the end of 2010. 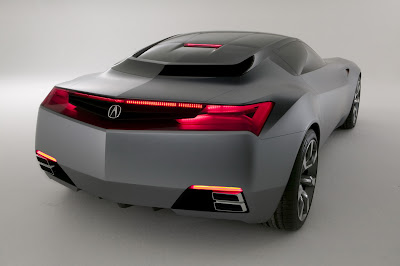