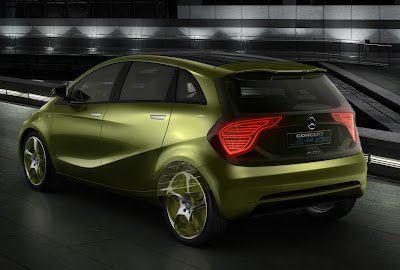 For the 2009 Detroit Auto Show in January Mercedes-Benz will be showcasing a trio of 'green' concept cars that will go into limited production next year. Based on a modified version of Merc's sandwich-floor platform used on the current A- and B-Class models, the three BlueZERO variants share the same key technical components, while the design and vehicle dimensions are identical. The difference between the three concept cars concerns the power source. The BlueZERO E-CELL runs on lithium-ion batteries for a range of 30 miles within 30 minutes. In terms of purely electrical drive, one or two hours of charging time is needed for a range of 120 and 240 miles respectively. 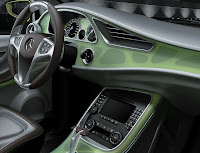 The BlueZERO E-CELL PLUS gets the same 1.0-litre turbocharged petrol engine as the Fortwo as an additional range extender - just like the Chevy Volt. The three-cylinder powerplant that has an output of 50 kW can recharge the 17.5-kWh lithium-ion battery by means of a similarly rated alternator. A range of up to 370 miles is possible on a single tank. The purely electrical, locally emission-free range is up to 120 miles.

The third variant of the BlueZERO concept is the F-CELL with a fuel-cell drive system offering a range of well over 248 miles with zero emissions.

All three BlueZERO models feature front-wheel drive and according to Merc, they all accelerate from 0 to 62 mph (100 km/h) in less than 11 seconds while their top speed is electronically limited to 93 mph in the interests of optimal range and energy efficiency.

Measuring 4.22 meters in length, 1.89 m in width and 1.59 m in height, the BlueZERO models can accommodate five passengers and a payload of around 450 kg (992) lbs with a luggage compartment capacity of over 500 liters. 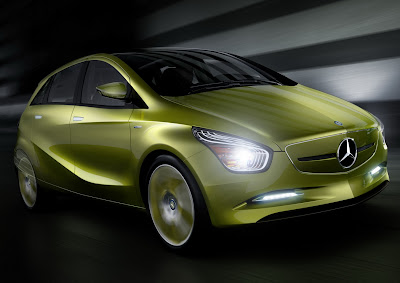 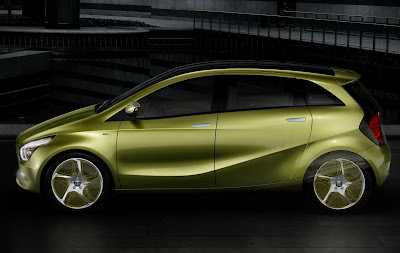 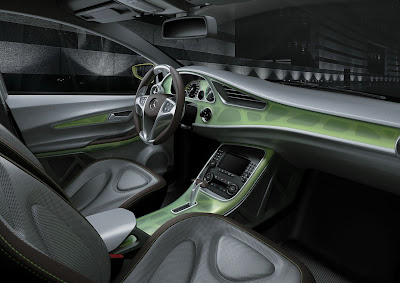