America Loses out on the New Chevrolet Orlando (but Canada doesn't) 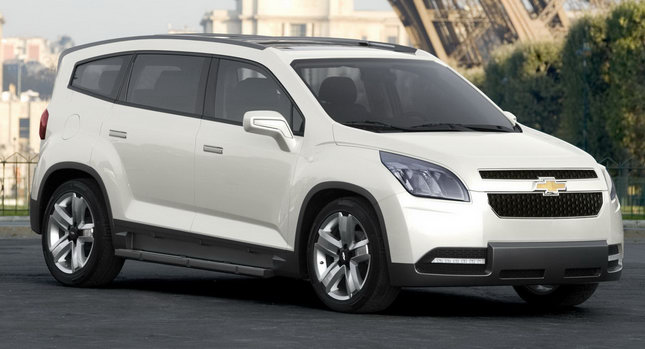 Sadly, Chevrolet will not be selling the production version of the chunky Orlando compact-crossover to the States. Instead, the Bowtie will focus on its current lineup of much-improved vehicles.

Here's how Margaret Brooks, head of small cars/crossover marketing explains it like this: "The best thing to do for Chevrolet is to focus on the brands we've already brought to market: the Traverse, Equinox, Malibu and, soon to come, the Cruze. We feel that with those vehicles, Chevrolet has plenty of options for the modern family."

Bloomberg does a great job of pointing out that, while the decision to not sell such a cool little people mover is unfortunate, it's s sign of a General Motors that makes smarter, more economically-focused decisions.

Speaking of being smart, the lack of a US Orlando comes with a bonus: more capacity for the Equinox, Traverse, and Malibu (three very important vehicles for Chevrolet).

Oh, and just to get you interested in some gray market action: Canada will be getting the Orlando, so ownership of one is just a little bit of paperwork away. Or a fast burn across the border.