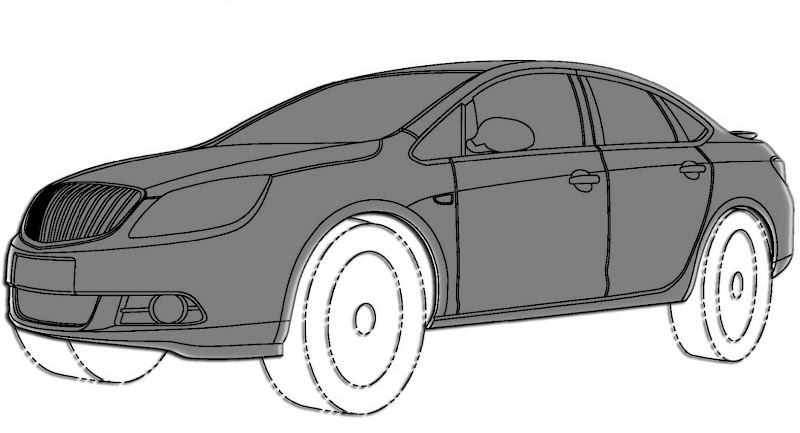 If these U.S. patent drawings of Buick's forthcoming entry-level compact sedan are anything to go by, then the North American version of the car will be identical to the China-market 2012 Buick Excelle that was recently caught on film without any camouflage whatsoever.

We don't know if GM will keep the 'Excelle' nameplate for North America, but we do know that the General is planning to bring the car to the States in 2011.

As you may recall, the Excelle or whatever else GM decides to name it, is based on the latest generation of the European market Opel Astra and as such, it adopts the Detroit automaker's Delta II small car platform that also underpins the new Chevy Cruze.

Specific details about the powertrain options remain scarce, however, we reckon that the front-wheel drive saloon will probably be offered with a similar engine range to the Cruze including a 1.4-liter turbocharged four-cylinder petrol, and quite possibly, the Astra's more powerful 1.6-liter turbo with 180 ponies.