To celebrate the 2010 FIFA World Cup in South Africa that will kick off in Johannesburg's Soccer City Stadium on June 11th, Opel has released a limited edition version of its Corsa supermini dedicated to the German national soccer team. For the record the Germans were drawn into Group D where they will play their three first round matches against Australia, Serbia and Ghana.

But back to the Corsa, the German-market "Football Championship Edition" features the traditional colors of the country's soccer team combining a white paint job with stripes that run from the hood to the rear quarter window and also cover the exterior mirrors, and a set of 17-inch alloy wheels finished in black. 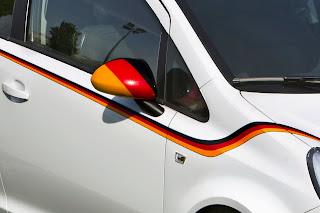 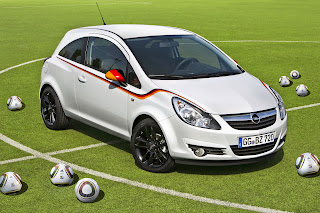