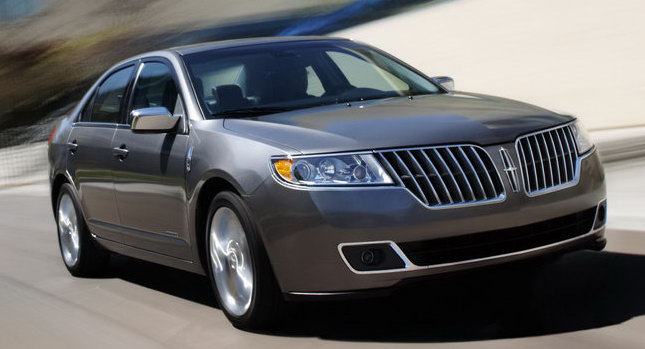 The updated 2011 Lincoln MKZ Hybrid sedan has received an EPA-certified 41 mpg rating in city driving and 36 mpg on the highway making it, according to FoMoCo, the most fuel efficient "luxury sedan" in the U.S, topping the Lexus HS 250h that returns 35mpg in the city and 34mpg on the highway.

Not surprisingly, the MKZ Hybrid's fuel economy figures are identical to its sister-model, the Ford Fusion Hybrid, which we assume is "America's most fuel-efficient mainstream sedan"[...].

"The 2011 Lincoln MKZ Hybrid provides a real choice in the marketplace for customers looking for a vehicle that not only makes a statement about who they are but also reflects their ideals," said Derrick Kuzak, Ford's group vice president, Global Product Development. "It offers the best fuel economy in its segment, a host of advanced safety features, and all the amenities and modern design of a true luxury sedan."

The 2011 Lincoln MKZ Hybrid will reach the company's showrooms this fall.