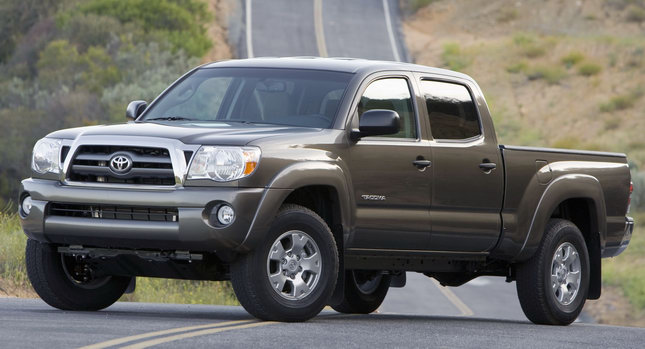 The base MSRP (not including destination and handling fees) for the 2011 Tacoma will range from $16,365 for the Regular Cab 4x2 equipped with a 2.7-liter four-cylinder engine and five-speed manual transmission, to $27,525 for the Tacoma Double Cab 4x4 long bed with a 4.0-liter V6 and five-speed automatic.

Toyota said that the first examples of the 2011 Tacoma will begin arriving at U.S. dealerships in late July. 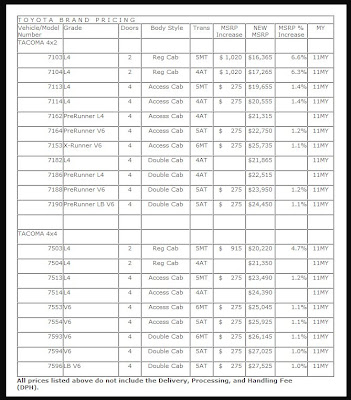