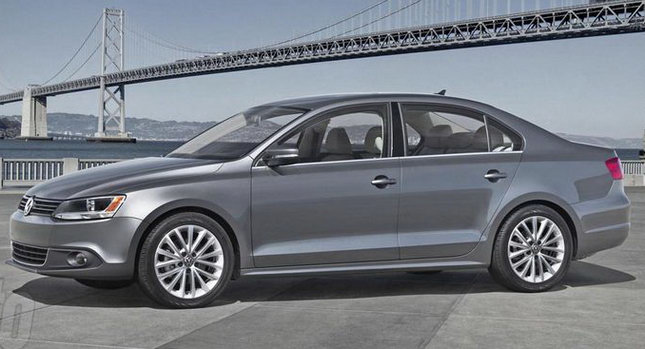 Volkswagen was planning to reveal the first photos of its new 2011 Jetta online on Tuesday, June 15, but like most carmakers, the company also distributes photos to ahead of time, and well, Auto Express decided to release them prematurely.

As you can see in the gallery after the jump, the new Jetta is stylistically inspired by the NCC concept coupe shown at the Detroit Show earlier this year featuring a crispier and more elegant design than that of the outgoing model.

Inside, you'll have a hard time distinguishing the differences between the new and old Jetta. Oddly enough, VW did not go for the deeply recessed main dials of the Golf VI opting instead for a more plain looking instrument panel.

The 2011 Jetta uses a modified Golf platform stretched by 70mm or 2.7-in., while the overall length is 90mm longer than before at 4,644mm. This should improve both passenger and luggage space.

We'll have more on the new Jetta tomorrow when VW officially unveils the car.