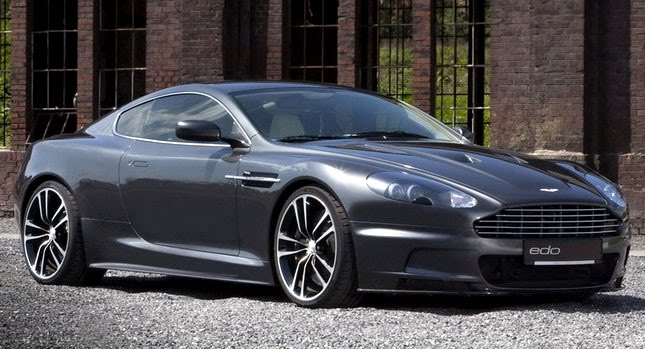 Reason says that if you're wealthy enough to buy an Aston Martin DB9 and for whatever reason you want to upgrade to a DBS, you either replace the first one or simply add the second model to your collection. But that wasn't the case with an unnamed Russian owner of a five-year-old DB9 who approached Edo Competition to turn his car into a DBS.

The German tuning house agreed and after six months of work, the DB9 had been transformed into a DBS... replica. The conversion involved replacing the car's steel body panels with lightweight carbon fiber pieces, and adding new 20 inch wheels and numerous aerodynamic parts, such as a carbon fiber front skirt and rear diffuser.

The DB9's interior was also refinished. Edo Competition says that the choice of materials and colors was left to the customer, who, in this case, went for an Alcantara/leather interior with carbon fiber inserts and metal accents. A new high-end audio-system completes the interior makeover.

Rather than just performing cosmetic changes, Edo Competition upgraded the mechanicals and customized the car according to the wishes of its owner.

A programmable control unit for the exhaust system, an upgraded adjustable sport suspension and a new braking system with 405mm disc and 6-piston calipers up front and 380mm discs and 4-piston calipers at the rear, complete the transformation of the DB9 to a DBS replica.