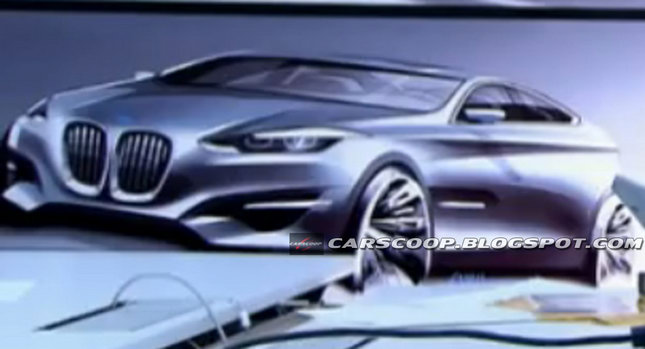 We're not entirely sure of what to make of these BMW drawings for what looks like a proposal for a future compact GT or maybe a hatchback model that we captured from a recent official video released by the Bavarian automaker.

For one, we don't remember seeing these drawings before, however we could be mistaken, in which case, don't hesitate to let us know in the comments section below.

Recent or not, the car or cars appear to incorporate the many styling cues of the latest bimmers such as the 2011 5-Series, including the strong beltline crease and the headlight / tail lamp design, but with a entirely new interpretation of double-kidney grille that harks back to the pre-Bangle-era BMWs. See the rest of the pictures after the jump