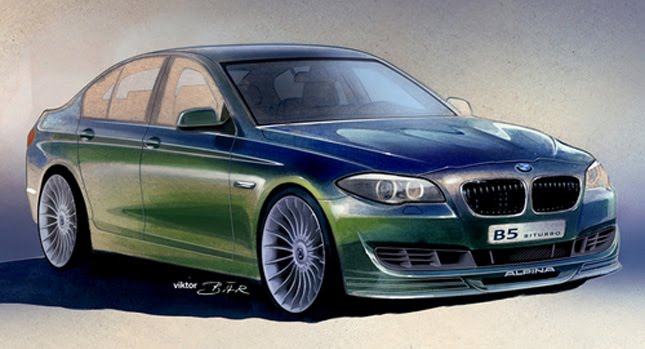 Independent BMW customizer Alpina has published the first official sketch of its upcoming B5 Bi-Turbo ahead of the sports saloon world premiere at next month's 'Goodwood Festival of Speed' event in the UK.

As the car's name suggests, the B5 Bi-Turbo is based on the new 2011 BMW 5-Series sedan. So far, Alpina is keeping a tight lid on details about the car, but if the company's previous and current models are anything to go by, then the B5 Bi-Turbo could be all the M5 you'll ever want.

We wouldn't be surprised if the new B5 uses the same twin-turbocharged 4.4-liter V8 engine with an output of 500-horsepower and a hefty 516 lb-ft (700Nm) of torque found under the bonnet of Alpina's 7-Series B7 Bi-Turbo.

Engine aside, the sketch shows that the B5 will be mildly dressed up with a new body kit comprising of a front lip spoiler and rocker panels, as well a set of larger multispoke wheels. Interior upgrades also expected to be part of the package. 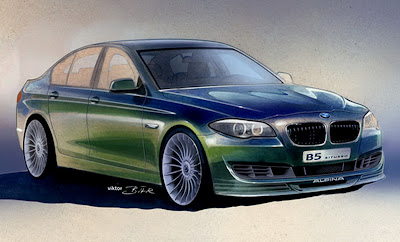