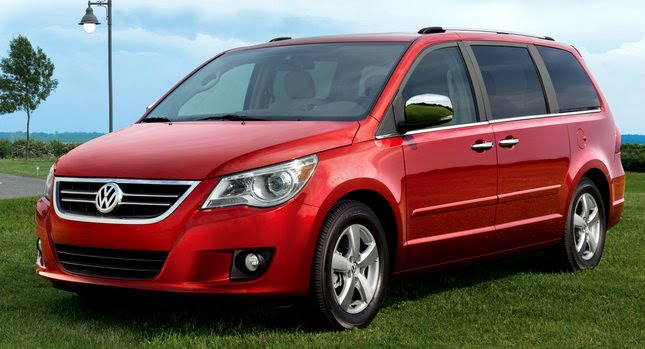 Yep, it's another recall for a possible fire danger - the fourth this month after General Motors, BMW and Chrysler issued recalls on certain models for (unrelated in the first two cases) problems that could lead to a fire.

In Volkswagen's case, the German automaker is recalling a total of 15,902 Routan minivans manufactured from June 2008 through July 2009 because the door hinge on some models could tear through wire insulation, causing a short circuit and possible fire.

The same issue led Chrysler to announce a recall for 284,831 Dodge Grand Caravans and Chrysler Town & Country minivans (upon which the Routan is based) in the beginning of the month.

The National Highway Traffic Safety Administration said that the German automaker will inspect the wire assembly and the sliding door power drive unit, and if necessary, repair and/or replace any damaged parts. In addition, the two harnesses will be tied together and rerouted under the under the sliding door weather strip.