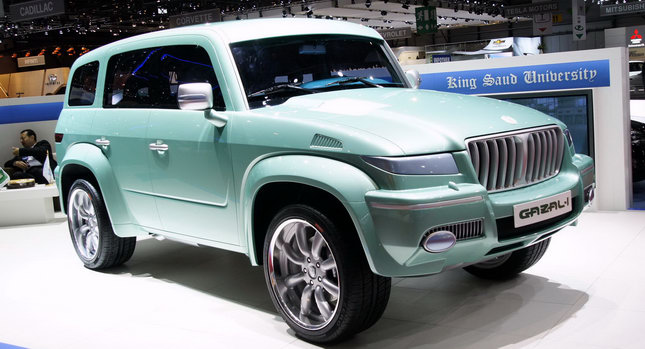 Remember the Saudi Arabian SUV concept called the 'Gazal 1' from this year's edition of the Geneva Motor Show in March? Well, it's officially going into production. The announcement was made by Saudi Arabia's King Abdullah himself during a special ceremony earlier this week.

The original Gazal 1 concept study was created by the students of Saud University in Riyadh with some help from Magna Steyr and Studiotorino. Despite the deign similarities with Toyota's FJ Cruiser, the Gazal 1 is actually based on the underpinnings of the Mercedes-Benz G-Class and is powered by a V8 engine.

Its makers told Arab News that the Gazal 1 "is designed to match the climate of Saudi Arabia and other Gulf countries" and that there are plans to build up to 20,000 examples a year.