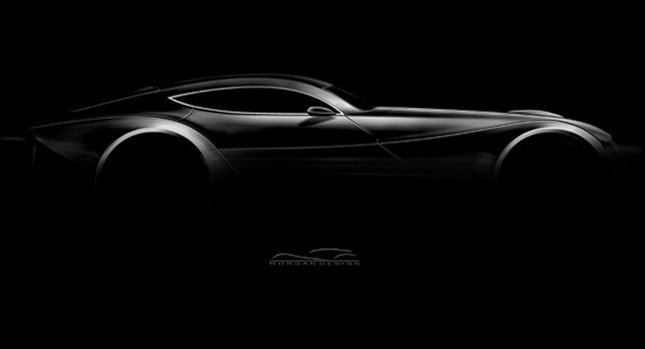 In somewhat of a turnaround for a company that has been making the same car for almost half a century, Morgan aims to introduce a new model to the market every two years, and this here, the new EvaGT, is the first product to come out of the initiative.

The new model will be based on the Aero Supersport's aluminium chassis with power coming from a BMW-sourced 3.0-liter turbocharged straight-six with direct petrol injection pumping out 306-horsepower and 295 lb-ft / 400Nm of peak torque. The engine will be matted to either a 6-speed manual or automatic transmission.

The company said that the four seater Coupe takes its inspiration from the British sports saloons of the early 1950's such as the Bristol 400 series and the Frazer Nash BMW 328.

The EvaGT will have its world premiere at the 60th Pebble Beach Concours d'Elegance, Carmel, California, USA on the 15th of August, 2010.