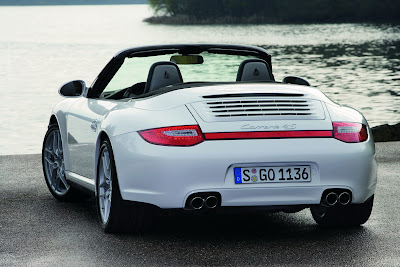 As if Porsche needed the extra exposure, three weeks after the unveiling of the redesigned rear-wheel-drive 911 Carrera models, the German sports carmaker released details on the all-wheel-drive versions Carrera 4 and Carrera 4S, both of which are available in Coupe and Cabriolet forms.

Leaving the aesthetic and engine/gearbox changes aside as they’re the same with the RWD Carrera, the new generation Carrera 4 and Carrera 4S get an electronically controlled PTM Porsche Traction Management which replaces the former all-wheel drive with its viscous multiple-plate clutch. This system was initially developed for the 911 Turbo and modified for the Carrera 4 models. -Continued

Porsche says that depending on the model, the new all-wheel-drive Carrera offers up to 8.5% more power, up to 12.9% more fuel economy, and 15.4% lower CO2 emissions. Specifically, output of the Carrera 4’s 3.6-litre power unit is up by 20 to 345Hp. When combined with the new dual-clutch semi auto gearbox PDK, the Coupe features an average consumption of 10.1lt of fuel per 100km, equal to 28.0 mpg imp.

Likewise, the improvements on the 911 Carrera 4S with its 3.8-litre power unit are equally important, with maximum output up by 30 to 385Hp on overall fuel consumption down in the case of Carrera 4S Cabriolet with the PDK gearbox to 10.7 litres/100 km or 26.4 mpg imp. All all-wheel-drive Carrera models will be available at Porsche dealerships from October 25, 2008. 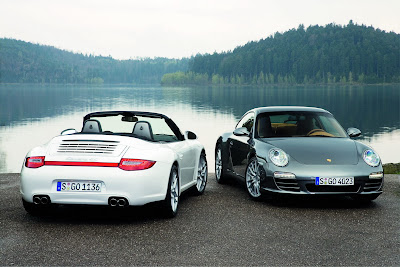 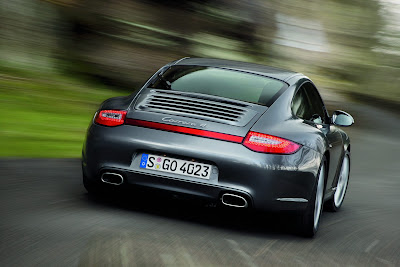 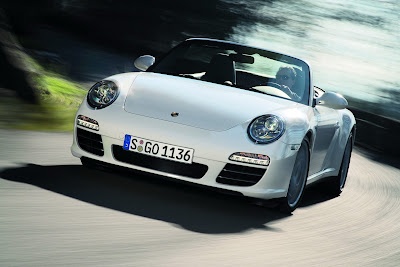 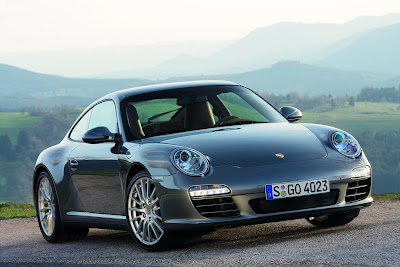