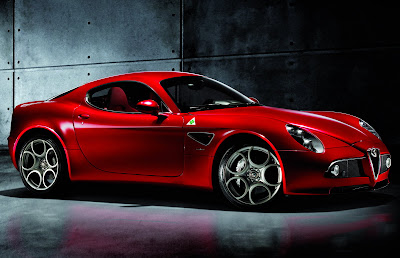 As usual, Alfa Romeo folks were quite talkative during the media launch of the new hatch earlier this week. Following yesterday’s announcment on the 2009 Alfa Romeo MiTo GTA with the 230Hp 1.8-liter Turbo engine, Dutch magazine “Auto Telegraaf” brings us more good news.

Talking with Alfa Romeo’s CEO Luca De Meo, the driving Dutchmen learned that the Italian carmaker is considering to celebrate its 100th birthday in 2011 with the launch of a limited edition GTA version of the luscious 8C Competizione that would be lighter and more powerful than the standard coupe that’s fitted with a Ferrari sourced 450Hp V8 engine. -Continued

Luca De Meo said that if the project gets the green light from the Fiat Group’s board his intent is to produce a limited edition run of no more than 100 units.