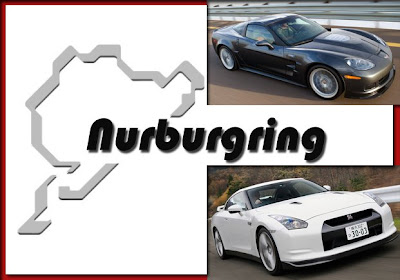 We’ll give GM plenty of kudos for creating a sports car that officially lapped the famous Nurburgring in a mere 7 minutes and 26.4 seconds as it puts plenty of supercars costing double its price to shame, but ultimately, its somewhat unfair to compare the Corvette ZR1 with the Nissan GT-R. True, in our article on the ZR1’s Nurburgring time we mentioned that GM’s sports car beat the Nissan GT-R (7 minutes and 29.03 seconds), but we only did it to give you a comparable example of how good the Corvette is.

But to be totally honest, a sportscar’s Nurburgring time would be the last thing that would matter if we were in the market to buy one. Well before that we’d take into consideration a variety of factors including the emotional impact that the car has on us, the way it communicates with us on the road -maybe even on the track, and of course, the price tag. (Pic: Auto Cars 2011)