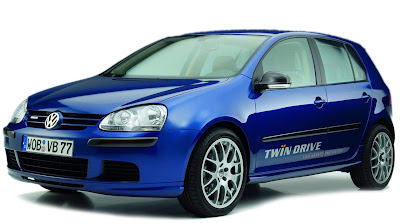 In cooperation with the German government, VW announced that it will start testing a fleet of 20 vehicles equipped with a new plug-in hybrid drive system with lithium-ion batteries called “TwinDrive”. Volkswagen plans are to introduce a production version of the system as early as 2011.

Speaking during the presentation of the first Golf model fitted with the TwinDrive system at the “Automobile Forum” in , VW’s Chairman Martin Winterkorn said that the “TwinDrive” plug-in hybrid system can be combined with either petrol or diesel engines.

“Different than today’s hybrid vehicles, it should be emphasized that TwinDrive – and this is decisive – enables long ranges in the city in electric mode. While the electric motor on a typical hybrid model just supplements the combustion engine, the exact opposite is true on the TwinDrive: here the diesel or gasoline engine supplements the electric-motor,” said Winterkorn.

Although VW’s representatives didn’t give out all the details on the new hybrid system, they did reveal that over the route from to the “Automobile Forum” in downtown and back – considered a typical commuting route –the Golf TwinDrive consumed just 8Kw-hours of electricity and 2.5 liters of fuel (that equals to 94 mpg!). -Continued

According to the German carmaker, the Golf TwinDrive can cover a distance of about 50 km or 30 miles purely on electric energy. As for power, VW revealed that the Golf TwinDrive’s electric motor and internal combustion engine deliver in tandem up to 130 kW or 174Hp.

“The present era of the automobile would be inconceivable without highly efficient gasoline and diesel engines. But the future will most certainly belong to the electric motors – refueled at the electrical outlet. On the way to this future, our TDI (diesel) and TSI (petrol) engines are now being merged with electric motors and extremely efficient battery systems to form a new drive system”, explained Martin Winterkorn.

“The Golf TwinDrive being presented here today enables electrically powered driving in the city, on the one hand, while also enabling very long ranges over extended driving routes on which the combustion engine is used. For us, the TwinDrive represents an elementary step along the path toward the completely electrically driven automobile!” the Volkswagen chief added. 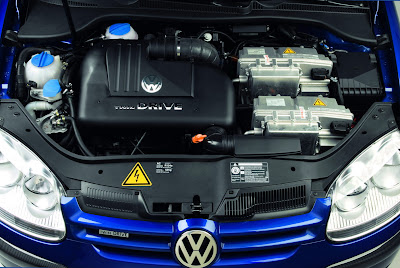 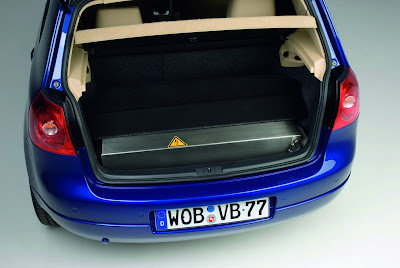 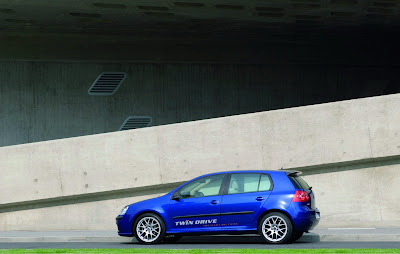 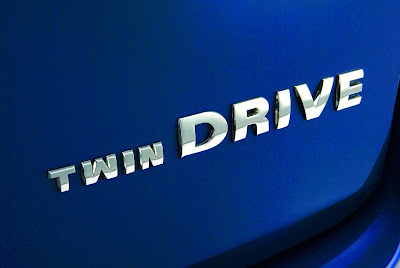 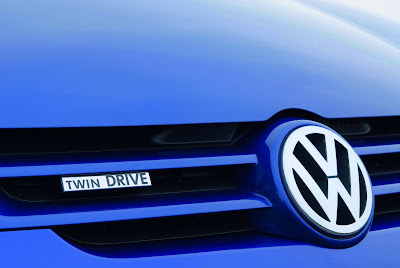 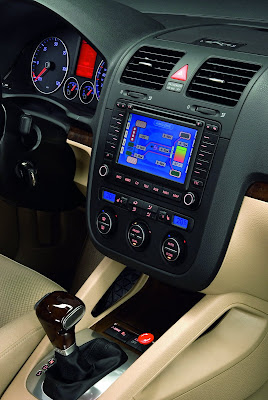 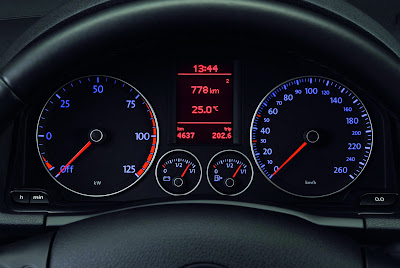 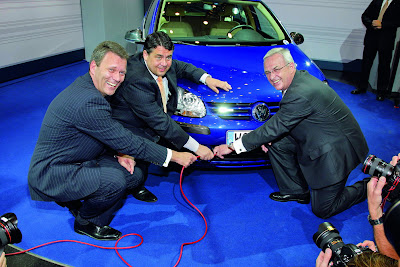 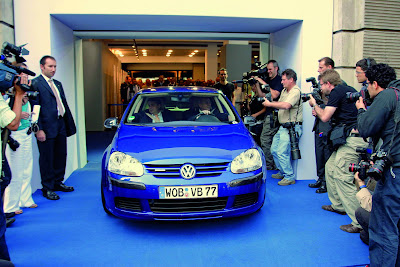 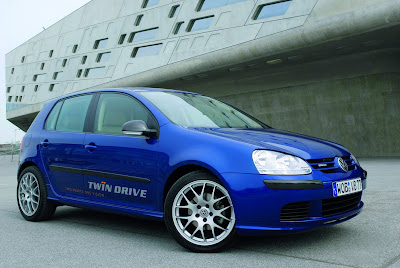 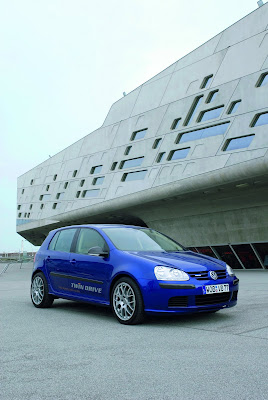