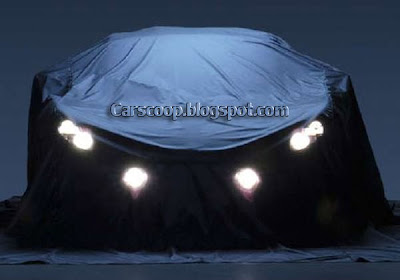 The first all-new model to come out of the Lotus factory in 13 years, the Eagle, will be revealed on July 22 when the British Motor Show in opens its doors to the members of the press. However, we managed to discover an official teaser image of the mid-engined 2+2 sports car that is rumored to be powered by a modified version of the Toyota Camry’s 3.5 V6 engine that in stock form produces 268Hp at 6,200 rpm and 248 lb.-ft. at 4,700 rpm.

Inside sources told Auto Cars 2011 that the Japanese V6 engine will be offered in both naturally aspirated and turbocharged versions. The Eagle will essentially replace the top-of-the-line Esprit that went out of production in 2004 as Lotus will market the 2+2 lightweight coupe above the Elise, Exige and Europa. -Continued

Talking about lightweight construction, the Eagle will utilize the proven technology used in the Elise family of vehicles as well as the Versatile Vehicle Architecture (VVA) shown as the APX (Aluminium Performance Crossover) Concept Vehicle.

At the Geneva Salon in March, Lotus showcased the front module of the Eagle’s chassis which consist of three distinct parts, with the centre occupant section being the largest. Bolted to this centre section are the rear sub frame to which the engine and rear suspension are attached and the front module that incorporates the bumper beam and side members. 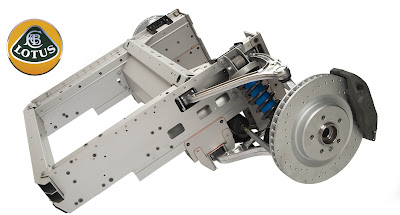