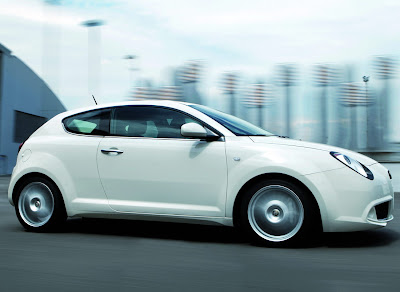 During the European media presentation of the MiTo in Italy, Alfa Romeo’s executives confirmed earlier reports of a top-notch sport version that will out power its strongest European rivals like the 197Hp Renault Clio RS, the 192Hp Opel Corsa OPC even the 211Hp MINI Cooper John Cooper Works.

According to a colleague of ours that attended the presentation, the Italian automaker's execs said that the MiTo GTA will be equipped with a turbocharged 1,750 cc (1.7-liter) turbocharged 4-cylinder petrol engine developing around 230Hp. -Continued

Power will be transferred to the front wheels with Alfa’s Q2 electronic system that simulates the effects of a limited-slip differential by making full use of the braking and stability control systems, promising to offer better traction and improved handling. Although Alfa’s execs didn’t reveal any more details, the 230Hp MiTo GTA should be able to sprint from 0 to 100km/h (62mph) in the low 6 second region. The MiTo GTA is expected to make its market debut in towards the end of 2009.