Mazda to Reduce Fuel Consumption by 30% Until 2015 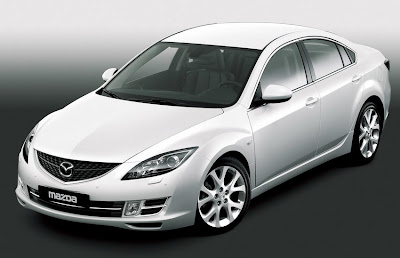 FoMoCo’s Japanese affiliate Mazda announced that it has set a target to reduce the fuel consumption of its vehicles sold globally by an average 30 percent by 2015. To accomplish this Mazda’s plans include the use of lightweight technologies, the upgrade of almost all of its gasoline engines, the development of a Smart Idle Stop System and the introduction of a new gasoline rotary engine and new diesel engines.

Mazda says that by 2015, it will have renewed almost its entire powertrain lineup and, from 2011, through the use of new lightweight platforms it aims to reduce the weight of its new vehicles by 100 kg / 220 lbs or more. -Continued

In particular, the next technological milestone for Mazda will be the introduction of the Smart Idle Stop System into one of its cars in 2009. According to the Japanese carmaker, this is the only idle stop system in the world that restarts the engine from idle by injecting fuel directly into the cylinder and igniting it to force the piston down, enabling a fast and quiet restart as well as an improvement in fuel economy by up to 7-to-8 percent.

In 2009, Mazda will introduce an E85 fuel-compatible flex-fuel engine into the Northern European and North American markets. From 2011 onwards, Mazda’s new gasoline engines will incorporate next generation Direct Injection Spark Ignition and other systems to boost power by 15 to 20 % while improving improve fuel economy by about 20%.

Starting from 2011, Mazda plans to introduce a new generation of diesel engines worldwide that will feature direct injection technology, turbocharging systems and NOx reduction technology, which will enhance fuel economy by 20% and produce cleaner exhaust gases.

Last but not least, Mazda will unveil a significantly upgraded version of its gasoline rotary engine in the early 2011s. Currently referred to as the 16X, the next rotary engine promises to offer substantially improved performance and economy through use of Direct Injection Spark Ignition and high-speed combustion technology, enfolded in new rotary dimensions.