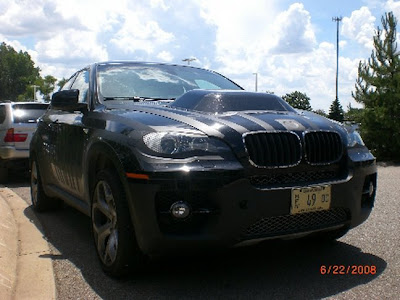 One of our readers stumbled upon these heavily camouflaged BMW X6 prototypes this weekend at Rochester Hills in . All three test mules featured a huge power bulge on the hood and extremely fat rubber -315/35 R20. Maybe an “M” version fitted with the M5/M6 V10 507Hp powerhouse? While we can’t rule it out, we believe that the X6 test cars seen here are probably prototypes of the forthcoming X6 Hybrid that was first seen as a concept at the Frankfurt Show last year. 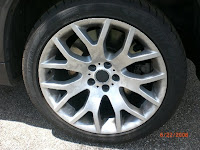 The X6 ActiveHybrid Concept featured the GM, Daimler and BMW co-developed two mode hybrid system that combines two electric motors with an electrical continuously variable transmission (ECVT). According to BMW officials, the hybrid system will help reduce fuel consumption by up to 20% compared with an equivalent X6 running on a combustion engine alone. -More pics after the jump 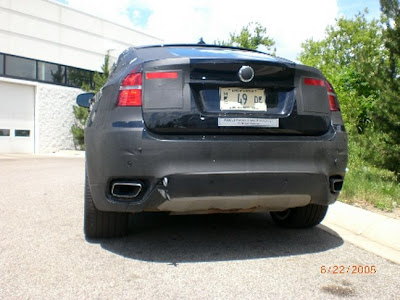 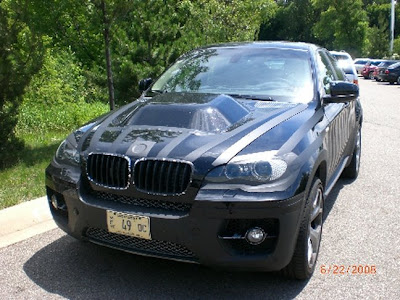 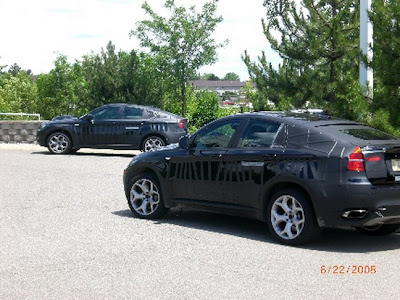 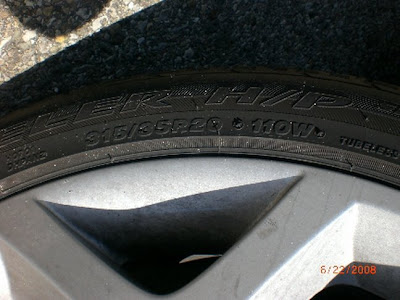 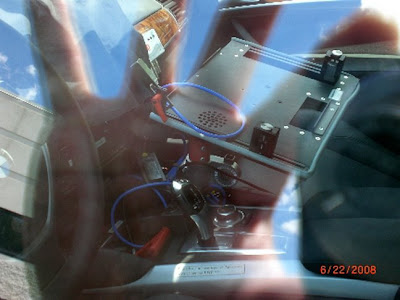 Thanks for the pics Roger Hosn!